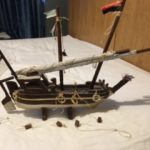 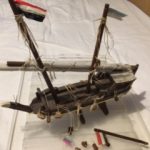 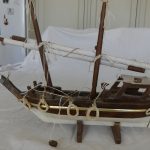 This unusual display model arrived for some tlc after many years in storage.  It had a lot of nostalgic value to the owner as it had been presented to them on completion of a project many years ago.

The rigging had turned to dust, the fenders had twisted out of shape & were not far behind the rigging in disintegrating.  Other than that the model was complete. 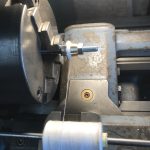 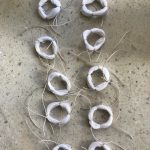 To facilitate the winding of the fenders a jig was made for the lathe & at the slow speed of 8rpm the coils were produced.

It then became an assembly job to complete the model to its former glory: 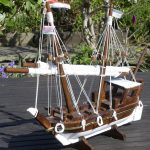 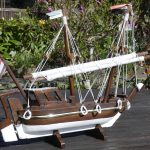 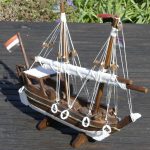