Recently received into the workshop was this rather tired looking, but magnificent model of a London Transport bus. 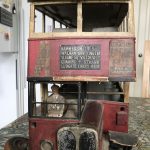 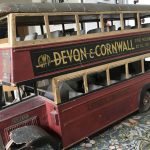 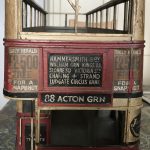 The history of the model was unknown, but the owner had fallen in love with it when she discovered it in an antique shop.  The model was in a basically sound state, nicely detailed, but requiring some tlc.

The first step was to identify the bus as from the level of detailing it seemed that the builder had chosen a particular model.  Some searching on t’internet (where else?) produced the information that it was based on a ‘Renown’ introduced in the 1930’s by the London General Omnibis Company.

The best website was IANS’S BUS STOP which produced the definitive information about the actual model.

Suitably informed the next step was to set about the restoration. 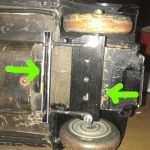 The first job was reattaching the wheels.  The rear wheel required a collar to be made to secure it on the axle.  This matches the other three.  The front wheels required a new wooden base plate plus a cross beam making to connect the steering pins.  Green arrows indicate.

It was hard to tell if the builder intended to fit a mechanism to operate the steering, certainly there is no evidence of anything.  The bus now sat nicely on its wheels & was mobile.  I stiffened the steering sufficiently that it did not wander aimlessly when pushed.  You can alter the steering by gently pushing one or other of the wheels.

Next up was cleaning the model. 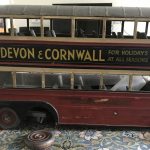 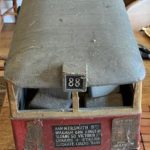 At some point it had been waxed & this had absorbed a lot of dirt; in fact, it was black in places. Removal revealed the original paint & the gold of the ‘London Transport’ name & the number on the driver’s side by the cab.

The bus roof was in poor condition. 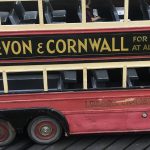 The damaged GWR side posters have been repaired & touched up.

The damage to the ‘London Transport’ logo awaits dealing with. 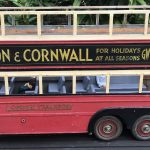 The paintwork (given its age) is in remarkably good condition.  It has faded differently on each side probably due to the offside sitting in the Sun.  However, some careful touching up smartened it up considerably. 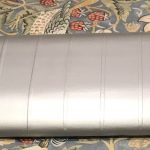 The roof was stripped & the deep score marks & damaged corners filled, rubbed smooth & then spray painted in silver as per the original bus.  The underside was painted a cream colour to brighten up the interior. 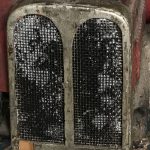 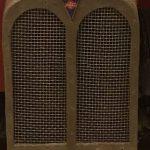 Replacement of the radiator grill as the original plywood one had disintegrated.

I took the opportunity to add the ‘AEC’ badge & the front numberplate. 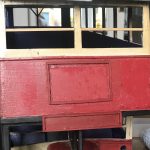 The fitting of a new window corner on the left, the window bars & the two destination boxes.  Unfortunately, the original posters advertising the photographic competition with the £2,500 prize on each corner had deteriorated so far that they were unrecoverable.  In fact, they disintegrated as I tried to conserve them.  I made new posters as even if I had conserved them, the state they were in spoilt the look of the bus.

The same applied to the Cerebos Salt & the Jantzen swimwear posters on the rear of the bus. 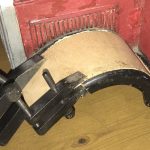 Reconstruction of the front mudguard. 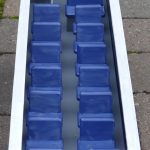 The interior (both upper & lower deck) had the seats painted in blue together with the waist panels.  The floors & stairs are grey.  The roof of the lower deck has been painted cream to match the interior of the roof of the upper deck.

All windows have been glazed with 1.5mm clear acrylic sheet.  This includes the cab (nightmare to get access to!)  Glazing has been attached with clear silicone to stick it.  I don’t use Araldite or Superglue because if it gets on the glazing it leaves a permanent mark.  Glazing made a huge improvement to the look of the model. 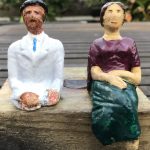 The driver & passenger have been repainted.  The driver is now in the lighter summer uniform of an LT bus driver.  The driver seems to have lost his legs at some point!

With the current 2020 CoVid restrictions perhaps I should have added a mask!!

That brings us to nearly the end…… 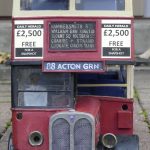 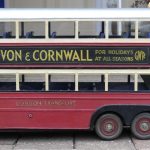 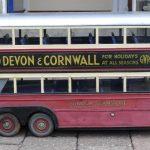 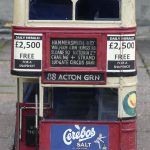 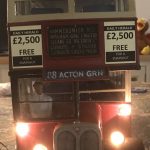 The opportunity to add working headlights could not be overlooked!

It has been decided to leave the external paintwork ‘as is’ rather than a total repaint.  This will preserve its ‘aged’ look.  A coat of clear varnish will protect for the future.