One aspect of restoring models is I never cease to be amazed at the treasures that I get asked to look at.

Early in 2017 my inbox received a request for help with what turned out to be two little gems with an interesting history.  Like most initial enquiries little was given away.  Marina wrote asking if I could help with two model yachts that belonged to her mother.  They had suffered some damage, but as they were of sentimental value she would be interested in having them restored.  The photographs showed two distressed yachts in need of some TLC. 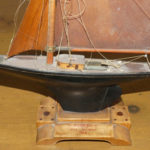 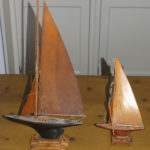 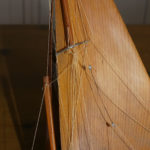 Two things caught my attention; Firstly, they had wooden sails and secondly, the inscription ‘Fort Missoula 1943’.

Intrigued, I enquired further and received this reply:

‘I will tell you a bit more about the story given that you seem interested: my granddad was called Giovanni Polonio and he was a commander in the merchant marine.  He was in the USA in 1939 with a ship called Leme when the Americans interred the ship. 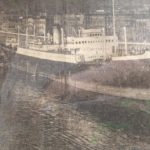 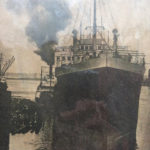 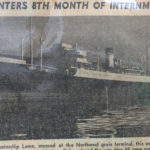 In 1941 when Italy (then allied to Germany) officially entered the war the crew decided to sabotage the ship (this was part of his orders in case of capture) rather than hand it over to the USA.  The US authorities therefore arrested grandpa and his crew as prisoners of war and sent them to a labour camp called Fort Missoula for the duration of WW2. During this time Grandpa was put on trial for sabotaging the ship. 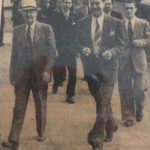 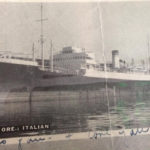 The case notes are on line.

Marina kindly provided photographs of newspaper cuttings held by the family in a scrapbook.  Her grandfather is front right holding the cigarette.

‘The models were made for grandpa by his crew, as a present.  The larger one says on the pedestal In memory of Fort Missoula and the small one is called Valeria as this was my mum’s name (she was a baby at the time).

I think the models are not signed because they were a concerted effort/present to my granddad from all the crew rather than the job of a single individual.’

They were both beautifully made, with very delicate lines.  The sails were thin veneer, again beautifully grained and polished.  These models were well worth saving.

The restoration was fairly straight forward, it basically being a case of recording the original rigging plans, carefully dismantling, cleaning, repair the broken mast, re-assemble and re-rig.  Because the models were quite small the rigging work was very delicate. 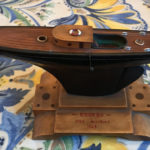 One pleasant surprise was discovering during the cleaning of the hull of the larger model that what appeared to be dull deck fittings were vibrantly coloured.  Their glory being hidden under years of grime.

These are a selection of photographs taken during the restoration: 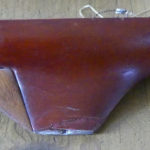 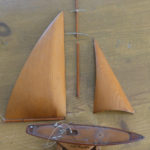 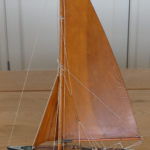 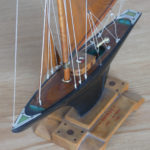 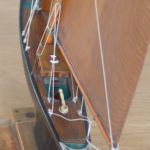 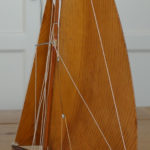 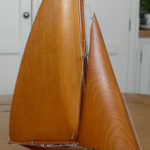 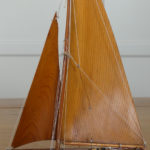 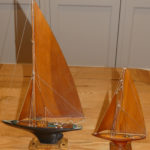