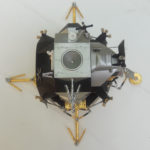 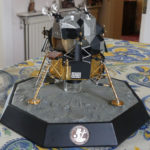 ‘Great job Jeremy.  Love the fix on the leg joints.  I was a little concerned, but like you said, hardly noticeable.  Once again, thanks for great job.’

‘The Eagle has landed safely.

Brilliant packing. Thanks, Jeremy for all the great work. You are an artist.’
Mike lives in the United States of America and remembers the Apollo 11 Moon landing.
To read about the restoration: Perth, we have had a problem! 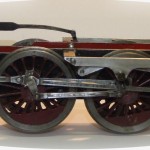 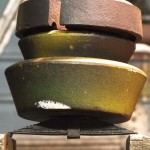 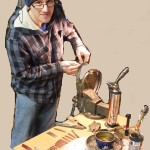 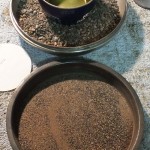 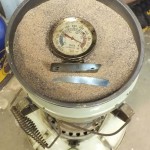 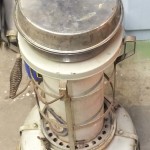 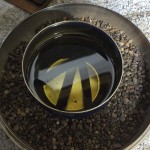 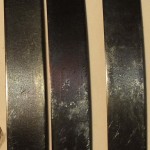 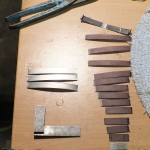 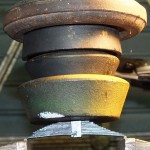 Hi Jeremy,
Hope you had a good holiday and the weather suited you. I have attached a few photo’s to show the model on it’s base, and all I did was sand a hole for the plastic stand so the legs of the model just rest on the Lunar surface. So with my effort to find you and your splendid effort to restore it we’ve saved a rare model which can’t be bad. 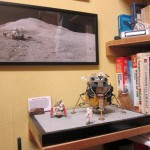 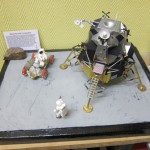 ‘Roger Tranquility, we copy you on the ground’ 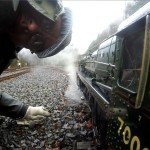 5″ Britannia on the SMET track 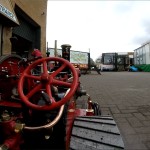 Purchased last year, I have found this the most fantastic camera for taking very good quality video.  I have fixed it to my various live steam models (5″ gauge steam locomotive and 2″ scale traction engine) for footplate views.

Not the steadiest of platforms when moving which makes the results even more incredible, such steady films for posterity.

The other evening I hit a technical glitch when transferring the files from the camera to my computer.  Mid transfer the GoPro froze, the computer flashed up the message ‘USB device not recognised’.  Disconnecting the GoPro it refused to turn off or do anything, the two arrows indicating file transfer remained frozen in the window. On this model access to the battery did not seem possible and removing the SIM card and then replacing it did nothing either.

The GoPro website did not provide any solution either.  Consternation, choice language and depression.  Have I lost my latest clips??  As it was still under the guarantee I got the receipt out ready to take to the shop for exchange.

As I could not turn the darned thing off it remained on overnight.  When I checked it in the morning the battery had discharged and the screen was now blank (obviously!).  I decided to reconnect to the computer and see what happened.  Yeah! It sprung into life and completed the downloads.

The reason for posting this?  It may help someone else if they have the same issue or similar.  Let the battery discharge and then see if on recharging it reboots itself. 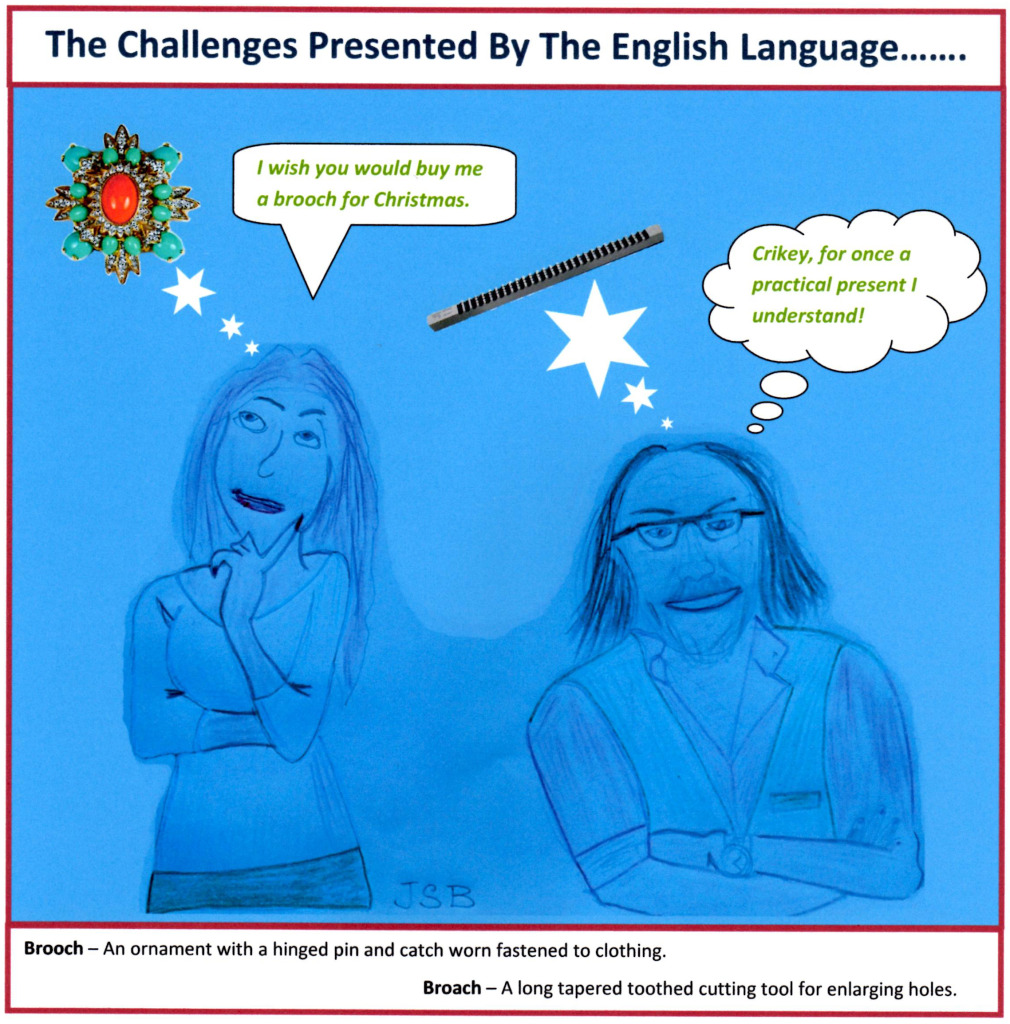 In June 2012 I questioned why modellers chose to remain uncredited for their painstaking work unlike artists who invariably sign theirs.

An article appeared in the 12th July issue of The (Dundee) Courier magazine about the recent sale of a model of the ‘Charlotte Dundas’ by the Australian auctioneer, Leonard Joel Auctions of South Yarra.  Apart from the staggering price what struck me was how well documented the provenance of the model was.  Not only were the builders named, but the source of the material was identified too.  For me this made a refreshing change that for once the builders gain recognition for their work.

Without this documentation I wonder what it would have fetched.  The usual £50 to £100 as a dusty relic no longer loved?

As this years strimming season gets into full swing……

I fitted the starter lever last night. It took me about 5 minutes. As I didn’t see the Strimmer with the original lever in place, your notes were very helpful. Thank you so much for solving my husbands problem, as it was he who broke the plastic lever.      Kate.

One of the delights of my restoration work is opening my ‘inbox’ and reading an unexpected update from a previous client.  Just such a thing happened the other Friday;

I expect you’ll recall about two years ago restoring the galleon which was made by my grandfather.

Once it arrived back in Chobham it was kept safely in its box, having first been admired. At the time we were embarking on a kitchen extension which became a protracted project, dogged with difficulties and plagued by problems. Part of the scheme was to block the old exit to a first floor balcony (which was enclosed to become the extension) and my husband designed a feature for the old door space which we hoped would do justice to the galleon. The attached photo shows you its final resting place, which I hope you will feel displays your work well. We had considered covering it with a glass dome but decided it should be seen in its natural glory. Needless to say it’s my job to do the dusting!

I thought you’d like to see where it ended up and hope that you approve.

With best wishes and thanks once more,  Sheila Catchpole.” 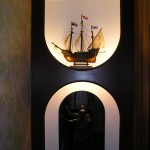 Read about the original restoration

Leonard had spent his entire working life on the gravy train.

His ambition for retirement was to sail to exotic locations…. 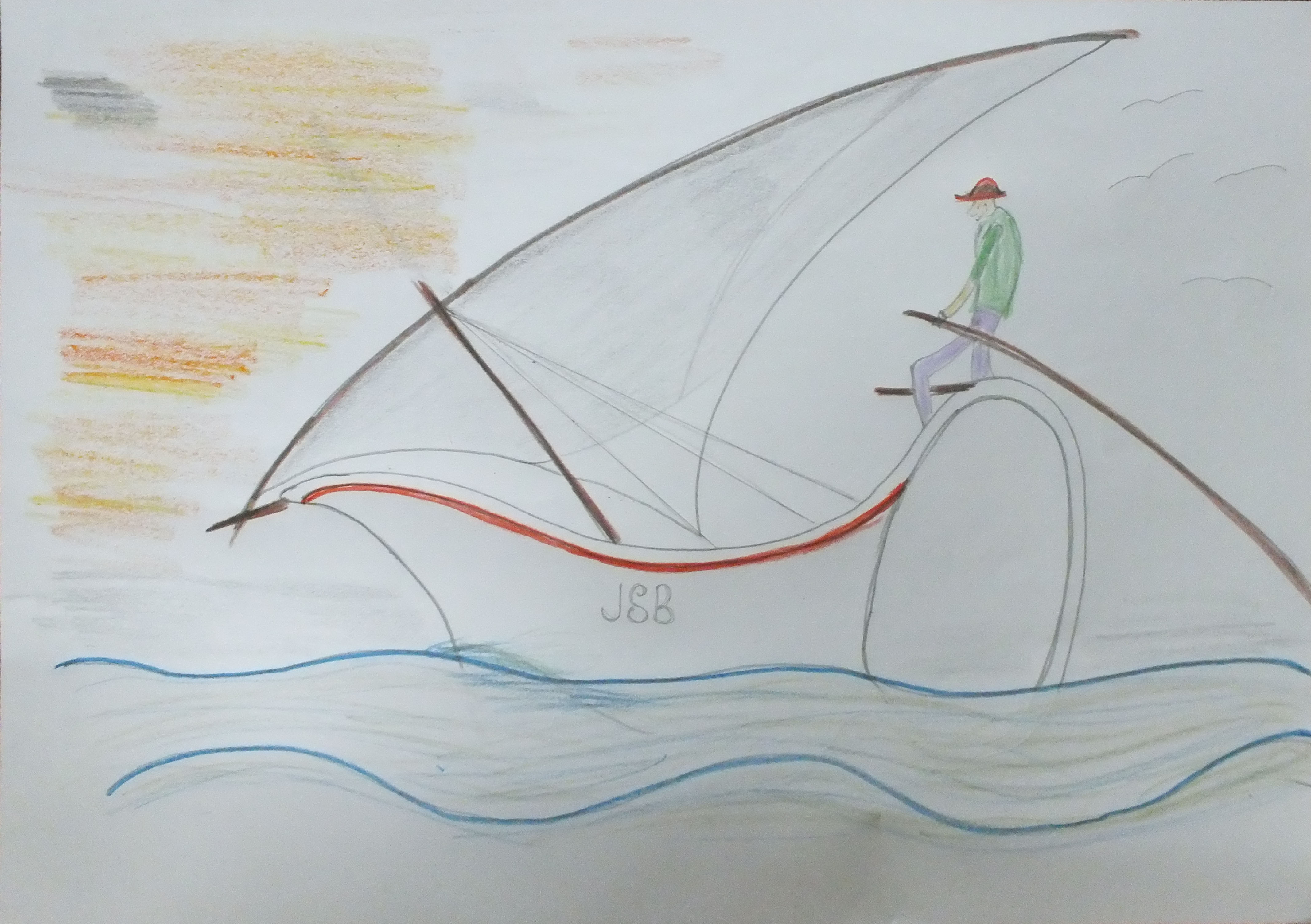 It seemed natural that his colleagues bought him a Gravy Boat!